As with most of the destinations on our Ecuador trip we had our own “must see” list.

Top of our jungle “must see” list was a Sloth; two-toed or three-toed, we weren’t fussy. Fortunately, our five days in the Ecuadorian jungle did not disappoint for sightings of these sluggish tropical tree dwellers.

We had some great viewings through our binos but it would have been nice to have a longer lens for some better photos. Either that, or for one of the sloths to full off a branch and land in our boat for a photoshoot. Our Guide mentioned he had seen one swimming across the river on a rare occasion (- all in the name of sloth love), but I still think our boat photoshoot request may have been asking too much. 😉

We saw Sloth on four occasions during our trip – each time where they were high up in the jungle canopy. 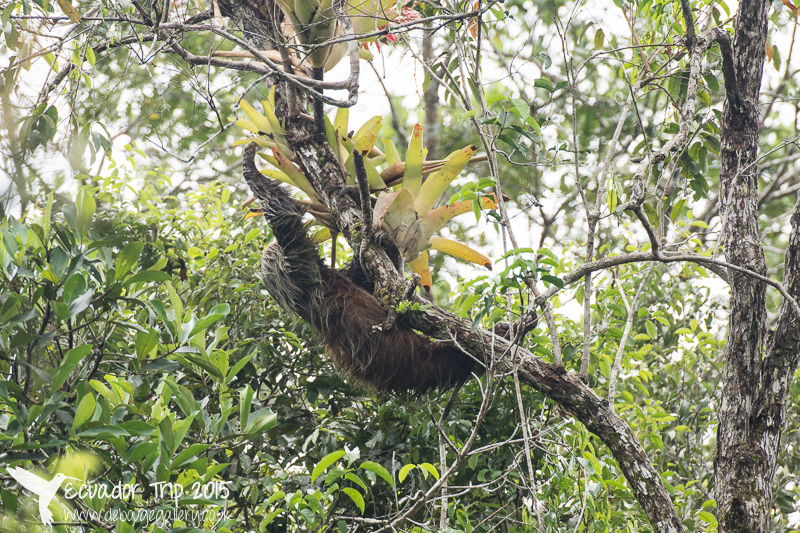 In between the rain showers we also managed to see the famous pink river dolphin of the Amazon – no decent photos as they stay underwater 90% of the time and only surface for air.

We also managed to see eight species of monkey:

We saw many new birds species from the Amazon King fisher to the Tropical Screech owl.

1 thought on “Amazing Amazon – Search for Sloth and others things”

This site uses Akismet to reduce spam. Learn how your comment data is processed.